IN MEMORY OF barry you fay dong 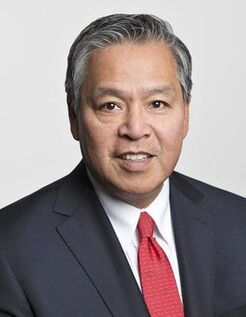 Barry was born September 25, 1954, in Hong Kong before immigrating to Canada with his family in 1956. He was raised in Port Alice, BC where he fostered friendships that would last a lifetime. Many of his fondest memories included spending time with friends fishing at Cliffe Point and golfing at the Port Alice Golf Club.

His love for fishing led him to become a member of the Hakai Land and Sea Fishing Club, where he created lasting memories for over 30 years.

A dedicated golfer, Barry was often found on the links at Marine Drive Golf Club, where he was a member for over 20 years.

Barry shared many of his passions with his family, particularly his love of travel, food, and wine. While Barry was fortunate enough to visit many different destinations, his favourite place in the world was sitting on the beach in Maui watching the sunset with Barb by his side.

Barry completed his law degree at the University of British Columbia in 1979 and was a partner with Harris & Co. LLP. Over his 40-year career, Barry established himself as a leading lawyer in the areas of labour, employment, human rights, and administrative law. Barry was active as counsel in the film and television industry and was instrumental in its growth from its beginnings in 1987 to the present. Barry was also active in the construction industry, one of the largest business sectors in the province.

Barry and his family would like to express their sincere gratitude to Dr. Kevin Song, Dr. Paul Klimo, Dr. Mark Mosavianpour of ICB Home Care Services, and Dr. Paul Sugar. In lieu of flowers, Barry and the family ask that you consider donating to the Paul Sugar Palliative Support Foundation at www.paulsugarfoundation.com/online-donations.