In memory of Bob Hammond 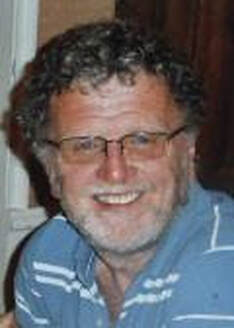 Bob left us heartbroken when he passed away, far too soon, on July 24th. A proud product of south Vancouver, Bob came into the world, ready to share his big heart, on May 2, 1949. He was schooled at St. Patrick's and did math and science at UBC followed by a year of teacher training at the University of Edinburgh and two years teaching in Scotland.

​A gifted teacher, he had an extraordinary rapport with young people. His students, along with family and friends, loved him for the prankster, punmeister and quick wit he was. Fit and adventurous, some of Bob's happiest times were spent swimming in the ocean near his Horseshoe Bay home, cross-country skiing at Cypress and doing long bike rides with wife Mary, the love of his life. A lifelong voracious reader, Bob also searched for the meaning of life on the El Camino de Santiago, which he hiked six times. Bob was kind to the core and swift to help, be your rock and the shoulder you could cry on.

He will be missed beyond words by his wife of almost 40 years, Mary and his sons, Conor and Blair. He was adored by his three sisters Mary Ellen (Keith), Pat (Wayne) and Kathleen (Ian), and will also be missed by in-laws Catherine (John), Richard (Lina) and nieces and nephews.

The family would like to thank Dr. Paul Sugar for his outstanding care and determination to give Bob as much time as possible and to the dedicated team in Palliative Care at Lions Gate Hospital.

In lieu of flowers, please consider making a donation to the Paul Sugar Foundation:
memorial donation