In memory of David John Ellis 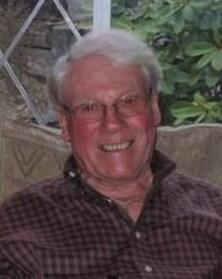 A celebration of Dave's life will be held on Monday, October 19 at 1:00 pm at Hollyburn Funeral Home, 1807 Marine Drive, West Vancouver.

In lieu of flowers donations may be made to the Paul Sugar Palliative Support Foundation or the North Shore Hospice Society.
memorial donation