In memory of Gordon Thompson 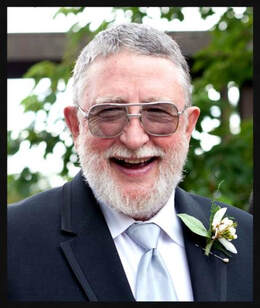 A principled man passed away on March 28th, 2018 after a short battle with cancer.

Gordon is survived by his wife Lilian, son Steven and parter Carrolyn, daughter Leanne and partner Colin, his grandsons Mason and Carter, and his sister Barbara and her family.

​Gordon is fondly remembered by extended family and many friends and acquaintances from around the world.
​
​Gordon was born, raised and educated in Calgary. After graduating from SAIT and a short period of employment with Agriculture Canada in Saskatoon, Gordon went to Malaysia as a CUSO volunteer for 2 years. It was there where he met and married Lilian. On his return to Canada he joined Environment Canada where he had a lengthy and interesting career for 30 years. Gordon was instrumental in the development of enforcement initiatives and policies regarding federal environment protection laws. After his retirement, Gordon and Lilian shared time living between Powell River and Malaysia.

He had a passion for photography, an interest in military history, and was a very social person who enjoyed the "occasional" sip of scotch or wine with friends and family.

In lieu of flowers, donations to the Paul Sugar Palliative Support Foundation would be appreciated.

A memorial service will be held on April 20th at 2:00pm at First Memorial Boal Chapel, North Vancouver.
Memorial donation