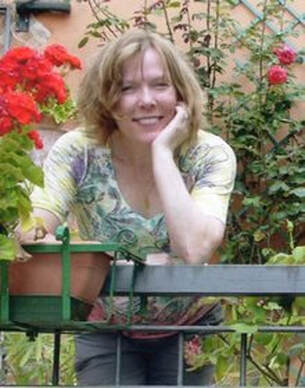 It is with great sadness that we announce the passing of Mary Elizabeth Joan Coughlin. Joan died peacefully in the North Vancouver Hospice on April 3, 2021, following a long and courageous battle with cancer.
​
Joan is survived by her husband, Stephen Rinfret, her sister Margaret (Geeping Wong), brothers Lorne (Gladys Tuppert), Bruce (the late Linda Rasmusson), Don (Enosik Ejetsiak), Colin (Joy Zalazar) and Glen (Maureen Ivers), her stepson Brendan (Jody Symons), step-grandson Braylon, step-granddaughter Chloe, her stepson Christopher, and her many nieces and nephews. Joan was predeceased by her father Gerard Coughlin (1978) and her mother Elizabeth Cuthbert (2005).

Joan was born in Quebec City on Dec. 9, 1954, and attended St. Patrick’s School; she is remembered with fondness by her many friends as a kind, warm and fun-loving person. Joan worked in banking in Quebec City for several years and then moved on to Halifax and Montreal before finally moving to Vancouver in 1992. Joan and Stephen met in Vancouver and were married in 2000.

Joan had a generous nature and a wonderfully warm heart, both of which were readily apparent to all those who knew and loved her. Joan led an active life and made many friends in Vancouver, including her work colleagues at Microcell Solutions (FIDO), friends from her reading club, and frequent social gatherings. Joan also stayed in touch regularly with her many friends in Eastern Canada.

Joan and Stephen enjoyed frequent biking and hiking experiences in BC and Europe, and walking the trails near their North Vancouver home with their dogs Ollie and Monty. Joan was also interested in art and music. She sang with the North Vancouver Singspiration Singers choir, and actively pursued her sketching and painting interests. Joan also attained her Bachelor’s Degree in Liberal and Business Studies from Simon Fraser University.

Some of the happiest times of Joan’s life occurred during the years that her stepson Brendan and step-grandson Braylon were living with Joan and Stephen in their home.

Donations in Joan’s memory may be made to the Lions Gate Hospital Foundation - North Shore Hospice and/or the Dr. Paul Sugar Foundation.

A private service for family will take place on April 14, 2021.
MEMORIAL DONATION