In memory of John Stad 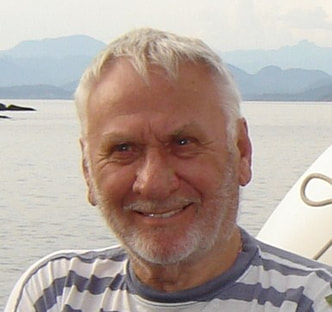 STAD, JOHN
(1924 – 2013)
John died peacefully at home on Friday, August 2, 2013 after a brief illness.
Born in Copenhagen, Denmark, he leaves behind his “First Mate” and best friend, Louise, his daughter Benne and sisters Kirsten (Knud) and Elisabeth in Denmark.

His working life included such diverse occupations as blacksmith, farrier, auto mechanic, welder, hard hat diver, logger, professional stock car driver, to name a few, but he found his true calling when he came to Vancouver in the early ‘50s and started his life on the water.

Whether fishing, towing, log salvage, or building boats, the most recent being his beloved TORNADO, the years spent cruising B.C’s coastal waters were his happiest.

Many thanks to Dr. Paul Sugar, the Community Home nurses and staff of 7west who cared for John during his illness.

​He will be sorely missed by family and his many friends.
No service at his request.
Memorial Donation