In memory of Laverne G'Froerer 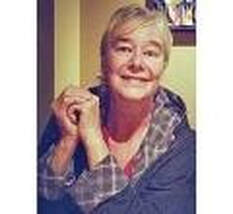 Kathryn Laverne G'froerer (nee Stewart) was born in Winnipeg, MB, on Dominion Day, July 1, 1947. A woman of remarkable spirit, insight, patience and kindness, Laverne's achievements during her lifetime were the result not only of her many talents, but also of her strong desire to give back to others, and to make meaningful connections with everyone she met.

Laverne showed an early talent for music, studying cello and piano, and singing in her high school musicals, and was accepted as a cellist into the National Youth Orchestra of Canada in 1964-66, which is where she first met her future husband, Brian. Laverne was also an astute scholar, studying at United College in Winnipeg, winning the gold medal for mathematics in 1967 while simultaneously working as an extra cellist with the Winnipeg Symphony Orchestra. Despite her mother's warnings not to date musicians, Brian was also working with the WSO at the time, and the rest is history.

Brian and Laverne married in 1968 and moved to Brian's hometown of Vancouver. Her early years in this city were spent teaching elementary school in West Vancouver, leading the West Vancouver Girls' Choir, serving as piano accompanist for the BC Boys' Choir, singing in the St. Andrew's-Wesley United Church Choir, and singing and playing cello in the Vancouver Baroque Ensemble.
After daughters Joanna and Paula arrived in the early seventies, Laverne shifted her musical focus from the cello to her voice. She sang for several years in the Vancouver Opera Chorus, and then became a member of the Vancouver Chamber Choir. Laverne's love and talent for mathematics also beckoned, and she went back to school to become a Chartered General Accountant. She worked for Roger Nickel for 30 years, balancing her accounting work with her singing career. She established "work-life balance" before that was actually a thing. Her family always came first, and she refused other opportunities that would have taken time away from her girls. She truly was a model of achieving a balance between work, personal passions, and her priority – her family.

In the mid-1990's, Brian's serious illness sparked a new interest in Laverne, and she began taking courses in Healing Touch therapy. She became a Healing Touch practitioner, volunteering with hundreds of people over the past 20 years, many of whom were in palliative care in hospice settings. Laverne felt that this was her ultimate calling, and she was passionate about giving patients peace as they moved through the process of a terminal illness, and eventually through to (as she called it) the next dimension. Laverne had no fear of the afterlife, and often spoke about how she was excited to see what was on the other side. That knowledge brings some comfort to her family in these difficult days.

In the later days of her career with the Vancouver Chamber Choir, Laverne's love of choral music and her passion for Healing Touch intersected. What began as a desire for the VCC to record an album to be used in her Healing Touch therapy sessions grew into an idea to record music that could be used in many other alternative therapies, palliative care, and other situations in which the listener seeks inner stillness. The result, with Laverne serving as executive producer, was the highly acclaimed Music for Healing series - Finding the Still Point, Unexpected Gifts, and the third album, A Quiet Place, which was nominated for a JUNO award. A later project, co-produced with close friend Jacquie Forbes- Roberts, was to raise funds for First United Church in Vancouver's downtown east-side, which dealt with helping those in dire need of shelter. This was done through sales of the CD "A Time To Heal – moving beyond homelessness".

After retiring from the VCC, Laverne continued to sing in her church choir, the Spirit Singers, at her beloved Highlands United Church, and later joined the Universal Gospel Choir where she enjoyed singing in an entirely new way. Much of her spare time was also spent doting on her beloved grandchildren, who were her absolute pride and joy. Laverne lived for the days when she would arrive in Calgary or Ottawa to spend time with them. She also wrote and self-published two short books, weaving stories based on her life experiences.

These last few years were difficult ones, as Laverne began to suffer from the combined effects of two neurological diseases. At first, frontotemporal dementia affected her memory, personality and intellect, but then ALS stole her voice, one of the few things to really cause Laverne sadness and distress. She could no longer sing and it pained her greatly that she could no longer participate in the choral world that she loved so much. However, her family and friends built a circle of love around her, one for which we will forever be grateful. Laverne and Brian's marriage of 49 years was the definition of "in sickness and in health, for richer or for poorer", as Brian was Laverne's caregiver this past year, and his dedication to her was unwavering.

Laverne was predeceased by her parents, Vernon and Catherine Stewart, and is survived by her husband Brian, daughters Joanna (Thor) and Paula (Lorne), grandchildren Luke, Olivia and Tarquin, her brother Allan and his family, and by her many relatives, friends and colleagues around the world.

The family would like to thank the ALS Society, Dr. Paul Sugar, and especially the care team on the third floor of Lynn Valley Care Centre for taking such good care of Laverne these past several months. Her time there was short, but it was full of love.

In lieu of flowers, donations in her name should go to the Paul Sugar Palliative Support Foundation, Highlands United Church, the Alzheimer Society of BC, or the ALS Society of BC.

A memorial service, full of music, will be held at Highlands United Church, 3255 Edgemont Blvd., N. Vancouver, at 1 p.m., Sunday, April 8. All are welcome to come to celebrate Laverne's wonderful life.
Memorial donation