In memory of Michel Makhlouta 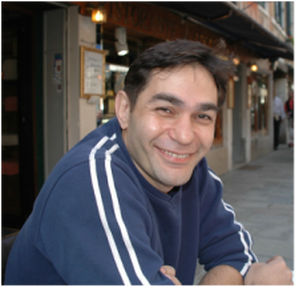 It is with great sadness that we announce the passing of Michel Hanna Makhlouta (“Micho) on Wednesday, February 04, 2015 at Lion’s Gate Hospital in North Vancouver, B.C., aged 48 years.

He leaves behind his father Hanna Makhlouta, wife Yuka Isogawa, sister Roula Hartman, brothers Tony and Richard Makhlouta, and numerous cousins, nieces, nephews and Godchildren. His beloved mother Nadia Makhlouta predeceased him in 2006 - Michel requested to be buried next to her at the Elgin Mills Cemetery in Richmond Hill, Ontario.

Michel was a civil engineer and an airport planning and management executive. His work took him to numerous countries all over the world, including Hong Kong, Malaysia, Bhutan, and Dubai, to name just a few.

Micho was tremendously caring towards his family and friends, and displayed the rare quality of avoiding judgement of others, instead choosing to support the people around him to achieve their goals and dreams. His humble yet strong presence will be greatly missed.

In lieu of flowers, please consider donating to a charity of your choice or to the Paul Sugar Palliative Support Foundation.
Dr. Sugar provided attentive and compassionate care for Micho during his time at Lion’s Gate Hospital.
Alternatively, as Micho frequently mentioned, please take some time to drive a cancer patient in need to a treatment session, on his behalf.
Memorial donation