In memory of Ian Nigel Henderson 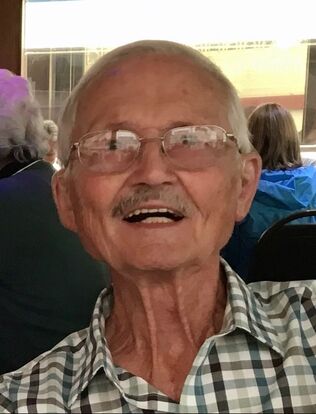 Born in Woking, Surrey, England, in 1930, the family moved to India where Nigel spent most of his formative school-aged years. In 1938, he returned to England with his mother where he finished his schooling and started his studies in medicine at Middlesex Hospital Medical School (University of London), M.B., B.S 1955.

​In 1957, Nigel emigrated to Canada with his first wife, settling in Edmonton where he began a successful general practice, being a staff member of the Royal Alexandra Hospital until 1976. In 1976, Nigel moved to North Vancouver and re-established his general family practice, specializing in maternity with privileges at Lions Gate Hospital. In 1977, fate brought Nigel and Patricia together through mutual friends and they married after a short courtship, bringing Pat and her children Daphne and Marcus to be with him in the lower mainland. Nigel was one of the founders of the Park & Tilford Medical Clinic and after ending his practice specializing in palliative care and advocating for seniors near end of life, he “hung up” his shingle and carried on as a surgical assistant in the operating rooms of Lions Gate Hospital until full retirement in 2015 at the young age of 85.

Nigel was an avid self-taught chef, gardener and artist and was an enthusiastic kayaker, hiker and camper. Many of his paintings are on display at Lions Gate Hospital.

Dad, you are dearly missed by your family and friends and we are all so blessed to have had you in our lives.

The family would like to express their sincere gratitude to the front-line workers, specifically those in 7-East, who cared for Nigel providing him dignity and grace to the end. Due to COVID-19 and most importantly, as per Nigel’s wishes as a “self-proclaimed loner”, there will not be a service and his ashes will be scattered by family once inter-provincial travel is open again.