In memory of Neil Morrison 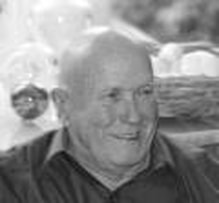 Devoted son, brother, husband and father passed away peacefully at dawn on Thursday, April 27th, 2017. Son of Jack and Catherine Morrison, he was born and raised with his sister, Chrissie, in West Vancouver.

Neil was the original paper boy of West Vancouver, delivering papers with his dog Lucky from Ambleside to the Properties. His entrepreneurial spirit lead him to build homes in West Vancouver, North Vancouver and Langley.

He raised his own family in West Vancouver with his wife, Nancy: daughters, Brenda, Terri and Linda. He was blessed with 6 grandchildren: Mackenzie, Hamish, Reed, Caitlyn, Anna and Kasandra.

A gathering to celebrate his life will be held on Saturday, May 6th at the home of his daughter, Terri, at 6450 Wellington Ave., West Vancouver from 2:00 - 5:00 pm. We welcome family and friends to join us.

We are grateful for the care that he received at the West Vancouver Care Centre.
​In lieu of flowers, donations can be made to the Paul Sugar Foundation.
memorial donation