In memory of ...
Pauline Summers 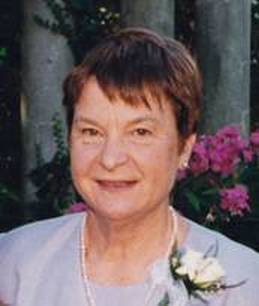 Pauline passed away peacefully on Thursday, January 9 at the North Shore Hospice after a courageous battle with cancer.
She is survived by her husband Richard; son David; daughter in-law Linda; maternal sister Eve; and paternal sisters Tricia, Mona, Brenda, Valerie and Annette.

Pauline was born in the remote town of St George in the outback of Queensland, Australia. As a teenager, Pauline became a school diving and swimming champion and ultimately won the Queensland State Diving Championships multiple times.  After earning her degree in Physiotherapy at the University of Queensland, she headed to Perth where she met Richard, whom she married in Hobart, Tasmania in 1964.  In 1965, Pauline and Richard made the trek from Australia to Vancouver – the first stop on a “World Tour” and home base for global traveling ever since.  After a few years in the West End of Vancouver, they moved to the North Shore where they raised their son David and became active in many social circles.  Pauline spent over 4 decades working as a physio at numerous hospitals, her own private practice and community care, and finally retiring (for the 4th time) in 2009.

Pauline was known for her love of gardening, travel, reading, cooking, cycling, music, theatre, playing bridge and her wicked sense of humour.

A Celebration of Life will be held on Friday January 17th at 2:00 pm at First Memorial (Boal) Gardens, 1505 Lillooet Road, North Vancouver.
In lieu of flowers, donations to the Paul Sugar Palliative Support Foundation would be appreciated.