In memory of William Barry Davidson 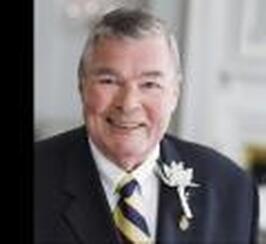 William Barry Davidson
1943-2015
Passed away peacefully at home, December 14, in his 73rd year after a courageous 7-year battle with cancer.
Survived by his loving wife of 49 years, Karen, his son Bill (Mandie) Davidson, and his daughter Tanya (Brad) Pelletier and much loved grandchildren, Mitchell, Danielle, Samantha, Joelle Pelletier, and Logann Davidson as well as many other relatives and friends.

Buccaneer Bay was his sanctuary and where he was truly at home. He also loved his many holidays on Maui , especially with the whole family in 2014. He was a 'man's man with many friends from all walks of life and knew what it meant to be a gentleman and a true friend. His final years of life were spent lovingly dedicated to his family.

Barry had profound gratitude for the doctors, nurses, and staff of the Chemo Clinic at Lion's Gate Hospital. Special thanks to Dr. Paul Sugar for his genuine interest and care for Barry.

In lieu of flowers, please consider a charitable donation in memory of Barry to the Chemo Clinic at Lion's Gate Hospital, the Paul Sugar Palliative Support Foundation, or to the Kidney Foundation of Canada.