In memory of Walter Galt 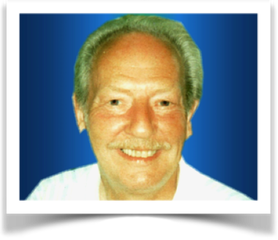 It is with profound sorrow that we announce the  passing of Walter Galt after a brave battle with lung cancer.
Those who knew Walter will not be surprised to know he fought this illness with remarkable courage, dignity, and determination.

​As per his character, Walter showed a deep concern throughout the last several months for his family who were beside him throughout this difficult time.

Born in Bowling, Scotland to the late Agnes and John Galt. Walter is survived by his loving wife of 52 years Ellen, and their children, Elaine (Martin) grandchildren, Robert and Andrew, Carolyn (Adrian), step grandchildren Sean and Vanessa, great step grandson Hunter and his son Douglas (Frances).  Walter will also be dearly missed by his sister Grace (Ian) nephews, Eric, David, niece, Yvonne and his many extended family members and friends.

Walter came to Canada in 1962 and settled in North Vancouver, BC, where he married his beautiful wife Ellen and raised their family. Walter began his career as a Civil Engineer in training in Scotland and enjoyed a long and successful career as Manager and then Chief Estimator for the Estimating Department within the Forestry Division of H.A. Simons Ltd., Consulting Firm in Vancouver until his retirement in 2004. Following retirement, Walter continued his interest in the industry and did consulting work until fully retiring at the end of 2008. He loved his work, was highly respected by his peers, and valued the many friendships he developed during his esteemed career.  He especially enjoyed his 30 plus years working for H.A. Simons.

Walter was a gifted tennis and soccer player in his youth and carried his love of sport throughout his life. Walter showed a great love of music from an early age and became an accomplished pianist who enjoyed playing for family and friends. One of his great joys was looking after his flowers, growing vegetables and tending the fruit trees in his garden.

Walter often spoke of his life in Scotland and shared with us the many adventures he experienced there. We will all miss his wonderful storytelling.

The family would like to give special and heartfelt thanks to the North Shore Community Health Team, Dr. Paul Sugar, Dr. John Lebrun, Dr. Puneet Bains and the staff at Lions Gate Hospital for their extraordinary care.

A service for Walter will be held at 2pm on Saturday October 10, 2015 at St. Andrew’s - St. Stephen’s Presbyterian Church, 2641 Chesterfield Avenue, North Vancouver, BC.

In lieu of flowers, donations may be made to the Dr. Paul Sugar Foundation.
memorial donation