In memory of Wayne Hunter 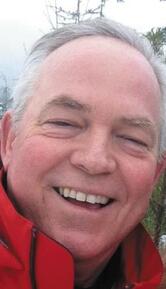 After a valiant fight against cancer, Wayne passed away peacefully on January 24, 2016 at the Lions Gate Hospital surrounded by family and friends.

​Husband of the late Marsia Hunter, he is survived by his daughter Emily, son-in-law Abraham, and grandchildren Elias, Hannah, and Sophia. Son of the late William Hunter and late Joan Hunter, he is the brother of Murray (Valarie), Gregory, Stephen (deceased), Janet (Norman), Gail (Darren), Catherine (Glen), John and Graham. Wayne also leaves behind many close friends and business partners.

Born in Guelph, Ontario, Wayne graduated from Brock and Carleton Universities with Masters in International Affairs. Worked for the Federal government and moved to Vancouver in 1986 where he became a successful entrepreneur and a pillar in the community for over two decades.

​A former Director and Executive Board Member of the Parkgate Community Services Society, former member of the Governance Committee of the John Braithwaite Community Centre, former Board Member of the Centennial Theatre Society and a District of North Vancouver representative at the North Vancouver Recreation Commission for 6 years. An executive member of the Seymour Community Association and co-founder and President of the Seymour based "Citizens for Responsible Billboard Advertising" (CROA) and led the fight against the installation of electronic billboards on the North Shore. Was also appointed to the Citizens Roundtable overseeing the update of the Official Community Plan. Also a much loved and long-time member of the Seymour Golf and Country Club.
Most recently, Wayne and his late wife Marsia launched Blue Smoke BBQ, a successful gourmet BBQ food truck.

A graveside ceremony will be held at noon, Thursday, January 28 at the North Vancouver Cemetery, followed by a celebration of life at Seymour Golf and Country Club.

In lieu of flowers, the family asks that donations be made to the Paul Sugar Palliative Support Foundation.
Memorial donation